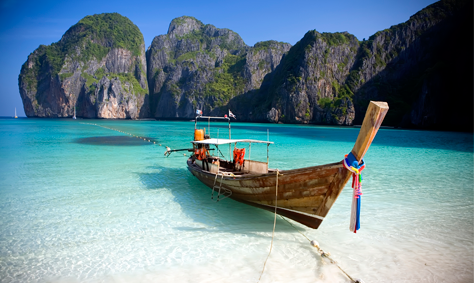 Thailand via The Indian Ocean

Background:
The annual culture, travel, and shopping event ”World Pictures” in Aarhus has become an established tradition for the citizens of Aarhus and the rest of eastern and central Jutland. Every year, the event attracts well over 100,000 customers who come to experience the pleasant atmosphere, and the cultural theme, and to do some shopping. In continuing a proposal by the think-tank appointed by the Municipality regarding unifying shopping and culture, World Pictures will once again focus on cultural point of view in 2012.

The theme:
The theme for 2012 is Thailand via The Indian Ocean.  After the Mongols lost control of the Silk Road in the 15th century, the Europeans searched for new routes to the rich East Asian markets. Meanwhile, European ship building technology had reached a level that made ocean trading possible. It was obvious that anyone able to find a direct trade route to Asia,could amass immense riches.

World Pictures 2012 will focus on one of the countries along this trade route in a cultural as well as in a trade sense.

In close co-operation with the tourist organization and embassy of Thailand the city of Aarhus will set up areas representing the culture, history, music and food of Thailand. Special emphasis will be put on the cultural and historical aspects with regard to how the Europeans imported a large part of products from Thailand.

In 2012, World Pictures will hold an opening event on June 2nd. On June 3rd there will be activities that build-up the culmination of World Pictures on June 4th. Squares, market places, streets and shops in Aarhus City will be scenes of special events and shops will be open until midnight.

The city’s new brand “Aarhus – Danish for Progress” will be embedded in the marketing as a visual icon under the title”Explore the World with Aarhus.”

For further information, please contact Claus Bech, Manager of Aarhus City Forening via e-mail at cb@aarhus-city.dk or via telephone at +45 86 13 75 00